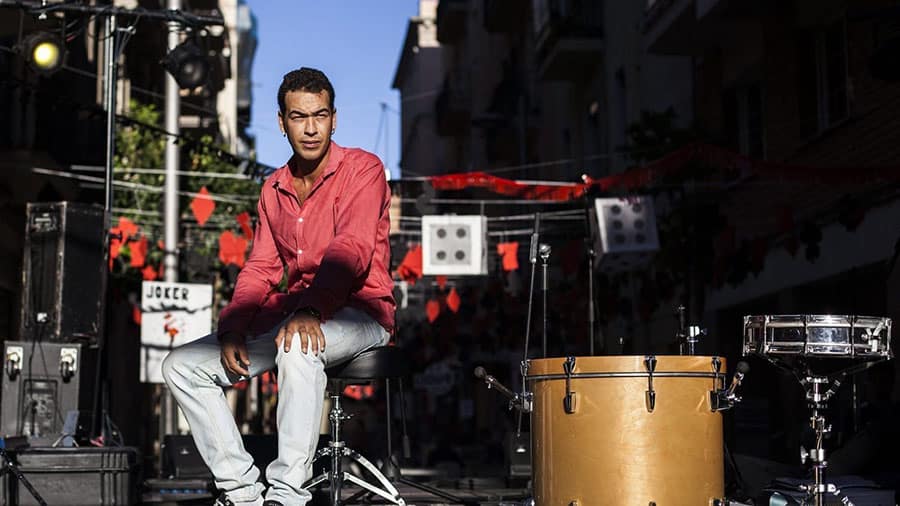 This article is related to Chapter 15. Paradoxical Situation of the Rumba Catalana in Barcelona

BARCELONA Jonatan Giménez is the great hope of Catalan rumba. Overflowing with talent and charisma, he is the son of musicians from Gràcia and drank rumba from the cradle. His group, Arrels de Gràcia, has been a breath of fresh air for the genre, and while preparing their the second album he is also working on various projects at Taller de Músics.

Your father is Yumitus del Pichón from Estrellas de Gràcia, you must have lived with rumba when you were a child.

Yes, we always listened to music at home, not only rumba, but also flamenco. My father played and had a lot of records, and I started to sing when I was very young. I took up the guitar a little later, at 16 or 17.

How did you start to get involved?

I met a guy with whom I always played video games, until one day I picked up the guitar and it turned out that he was amazed, even though I wasn’t doing anything extraordinary. Since then, he insisted that my brothers and I should get together and form a band. He always said that this talent should not be wasted. Initially, we backed off, but in the end, we finally took the step.

With Arrels de Gràcia, you have done very well.

Yes, we play a lot, but we can’t be happy because the vast majority are private concerts : for tourists, conventions, conferences, events of this kind. Now we are making a new album, which will be different, because I think we are aiming higher than ever. We are doing this for our own pleasure, because you don’t have to make records to play at parties full of tourists.

Do you consider yourselves the relief of classical referents?

There are a few of us doing a lot of interesting things, working a lot, but we will never get where Peret or El Pescaílla did, not because we are better or worse, but because they were at a time when rumba was interesting.

It is not interesting nowadays?

Not at all, the rumba has not been sufficiently cared for and I have the feeling that when Gato Pérez added the Catalan label to it, it began to get worse. It seems to me that this closed many doors for us. The rumba was already Catalan but the addition was not necessary, because it was a style that you could enjoy everywhere, and now it does not happen anymore. It is not the fault of Gato Pérez nor of the addition, it is simply like it is and that’s all.

But in Catalonia it should not close any door.

The problem we have here is even more incomprehensible. I ask myself every day what are we doing wrong to suffer this situation with the rumba in Catalonia, and in the end I come to the conclusion that no one likes or wants to encourage it, to improve the situation.

For futher reading, articles and sources about the Catalan rumba scene, and more.